Chevrolet Performance is showing they mean business as they introduce a 632 cubic-inch naturally-aspirated crate engine called the ZZ632. With the potential to generate over 1000 horsepower, this new engine easily surpasses the 755 hp LT5 and 727 hp ZZ572, two of GM’s most powerful engines. Not only does the ZZ632 surpass these engines – it can also operate on 93-octane gas from a typical gas pump.

“This is the biggest, baddest crate engine we’ve ever built. The ZZ632 sits at the top of our unparalleled crate engine lineup as the king of performance. It delivers incredible power, and it does it on pump gas,” explained Russ O’Blenes, the Director of Performance and Racing Propulsion at General Motors.

Reaching a maximum of 7000 rpm, this big-block engine is also unique in that its intake ports and exhaust ports all feature the same layout and size. Traditionally, big-block engines use port shapes with variations in size. By using a symmetrical design, all cylinders in the ZZ632 can generate power at a similar level.

Initial availability for the ZZ632 engine is expected to start in early 2022. To learn more, talk with our Chevrolet Performance experts in the parts department. 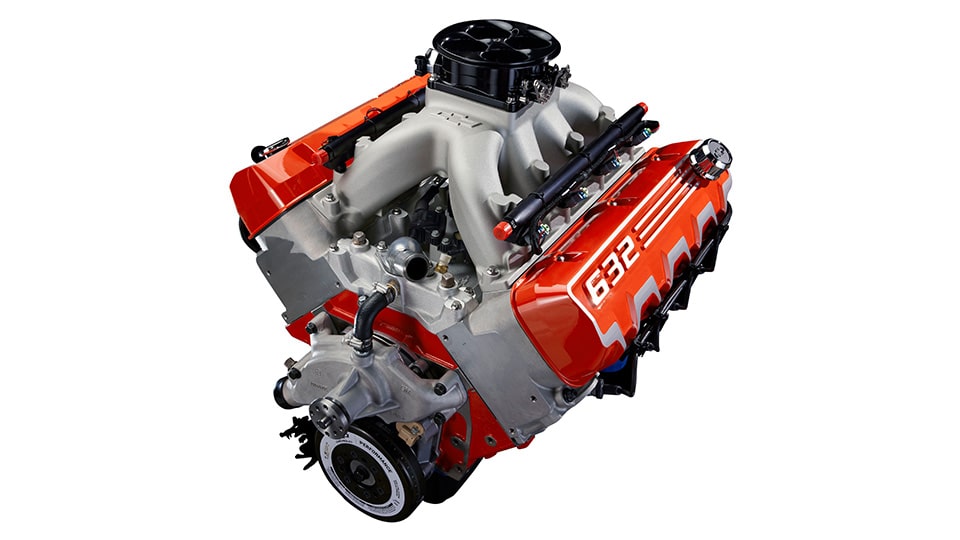