Preston GM is a proud supporter and namesake sponsor of Preston GM Langley FC, Langley's premier youth soccer club. Preston GM's sponsorship provides the club with the freedom to continue to provide top-level programming and also to raise the bar with new initiatives without relying on PGMLFC players and their families to cover the costs of doing so. Each year, Preston donates a vehicle to be raffled off on behalf of Preston GM Langley FC. This initiative is one of the greatest funding sources for the club and helps raise awareness of local sports in our community! In keeping with Chevrolet's sponsorship of Manchester United Football Club, Preston GM Langley FC jerseys feature the iconic Chevrolet Bowtie logo on the front.

Langley FC has been a part of the soccer community for many years. The club has grown from a few hundred girls in its early years to a total of approximately 1500 boys, girls, men, and women. The club has turned its vision into reality by providing top-level, player-first, soccer development within Langley. With the recent addition of a BCSPL Franchise, Preston GM Langley FC also provides players the opportunity to play at the highest level of soccer. 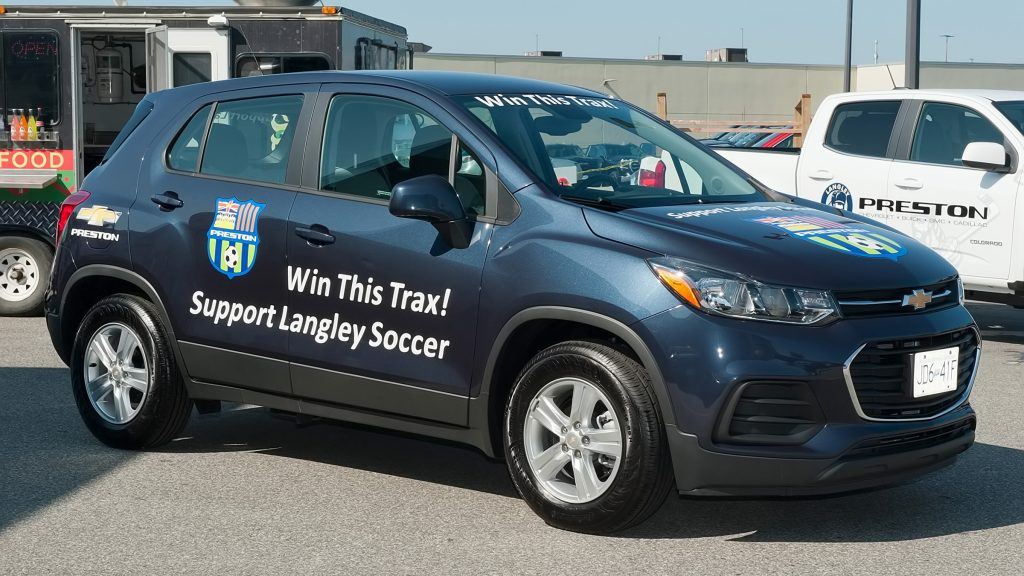 The Langley FC 2019/2020 Vehicle Raffle is now live! You could win a new Chevrolet Trax courtesy of Preston GM. Each year, Preston GM donates a vehicle to be raffled off with all funds supporting the soccer club. Tickets are just $10 and can be purchased by clicking here.